In the imperial age a roman legion consisted of about 5500 Soldiers: 5120 men of heavy infantry, 120 horsemen as messangers and scouts, furthermore the noncommissioned and commissioned officiers from all parts of the legion and finally the staff officiers with their personal adjutants. A legion was divided into 10 cohorts, each of them divided into 6 centurias of 80 men. The first cohort had a special role and consisted of 5 doubled centurias of 160 men each. It is not sure but can be assumed, the this numbers counted the normal soldiers, so that the noncommissioned officers and the centurion have to be added. The soldiers of a centuria where split up into groups of eigth men (contubernia) who shared a room in the barracks or a tent in the camp. These groups were the smallest bit of army organisation and an important social center of reference for the single soldier. The members of those groups performed several tasks of daily duty together, prepared their meals together and shared a set of heavy equipment on a march (e.g. tent, tools, grain mill) as well as a pack-animal. The centurions had a single tent for themselfs or a small flat in the barracks respectivly, whereelse the noncommissioned officers may have shared an extra room in the barracks or a tent with less than eight soldiers.

Imperial roman legionaries were professional soldiers who had signed in for 20 years of service when they joined the legion. Precondition for their acceptance was the roman citizenship. At their discharge at the end of service the legionaries received a donation, so they were well off for their retirement. It was possible, too, to re-join the legion as so-called evocatus (called back), which offered an additional opportunity to reach higher ranks. Roman soldiers where not allowed to marry and to have an own family on the record until their discharge, but many inofficial families lived in the civilian towns in front of the military camps.

Commander of a legion was the legion's legate, who was member of the roman senate. His staff included five equestrian tribunes, one senatorian tribune and the camp praefect (praefectus castrorum). The latter was in especially responsible for logistics and supply of the legion. The tribunes and the legatus were nominated for their positions by the emporer for limited time, whereelse the camp refect was a honorable and conversant professional soldier, who was centurion at the end of his regular service and who decided to stay at the legion on his own wish. Each centuria was commanded by the already mentioned centurion, who had several noncommissioned officers as his assistants. A legionary was either a miles gregarius (common soldier) or an immunis (freed of heavy duties). The common soldier got his orders every morning with the daily briefing, e.g. he had to kepp watch or was send to labour service. The soldiers freed of heavy duties were not disposed this way, but they had regular jobs as craftsmen in the workshops of the camp, as ambulance men in the military hospital, as clerks in the headquaters or similar. Every soldier had to do at least one practice session on the drill ground per day. Recruits, who had not finished their basic training yet, were called tirones and had at least two practice sessions per day. But when going to fight, these three types of soldiers formed a homogeneous mass without privileges for some of them. After all, it was no blemish to be nothing more than a common soldier after twenty years of service. 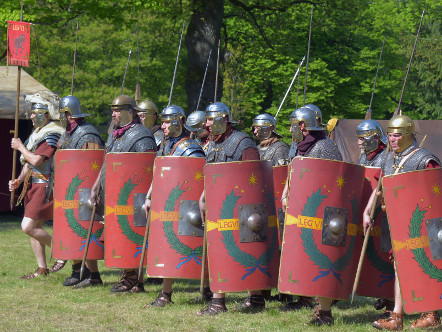 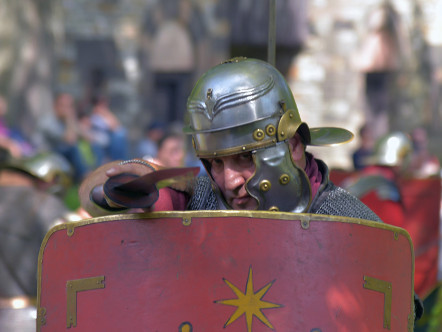 Legionaries got a pay, that was divided into two parts. One was payed cash and the other was placed in the cash box of their unit. Additionally, every soldier got his daily food ration (mainly cereals). As mentioned above, the soldiers who shared a room had to do the further cooking on their own. On several occasions (e.g. public holiday) and especially upon the assumption of office of a new emporer additional donations were made to the soldiers. In some cases, the sum of donations during a year could be higher than the regular pay. But soldiers had much ways to spend their money: the equipment of a soldier was his own property and had to be aquired or payed off first and then to be repaired and maintained; in cookshops and taverns around the camp soldiers could find some vartiy of food; a small amount was placed in a special fund that took the costs for the funeral of soldiers killed in action; and last but not least a little petty cash was helpful to be a good friend to the officers and to be freed from disagreeable duties.

The I. ROEMERCOHORTE OPLADEN e.V. aims to offer a multifaceted picture of the life of a legionary by presenting various activities and by giving detaild explanations. Most parts of the used equipment were created by our members individually based on a wide range of archaeological objects and are therefore much more than the well-known standard equipment. 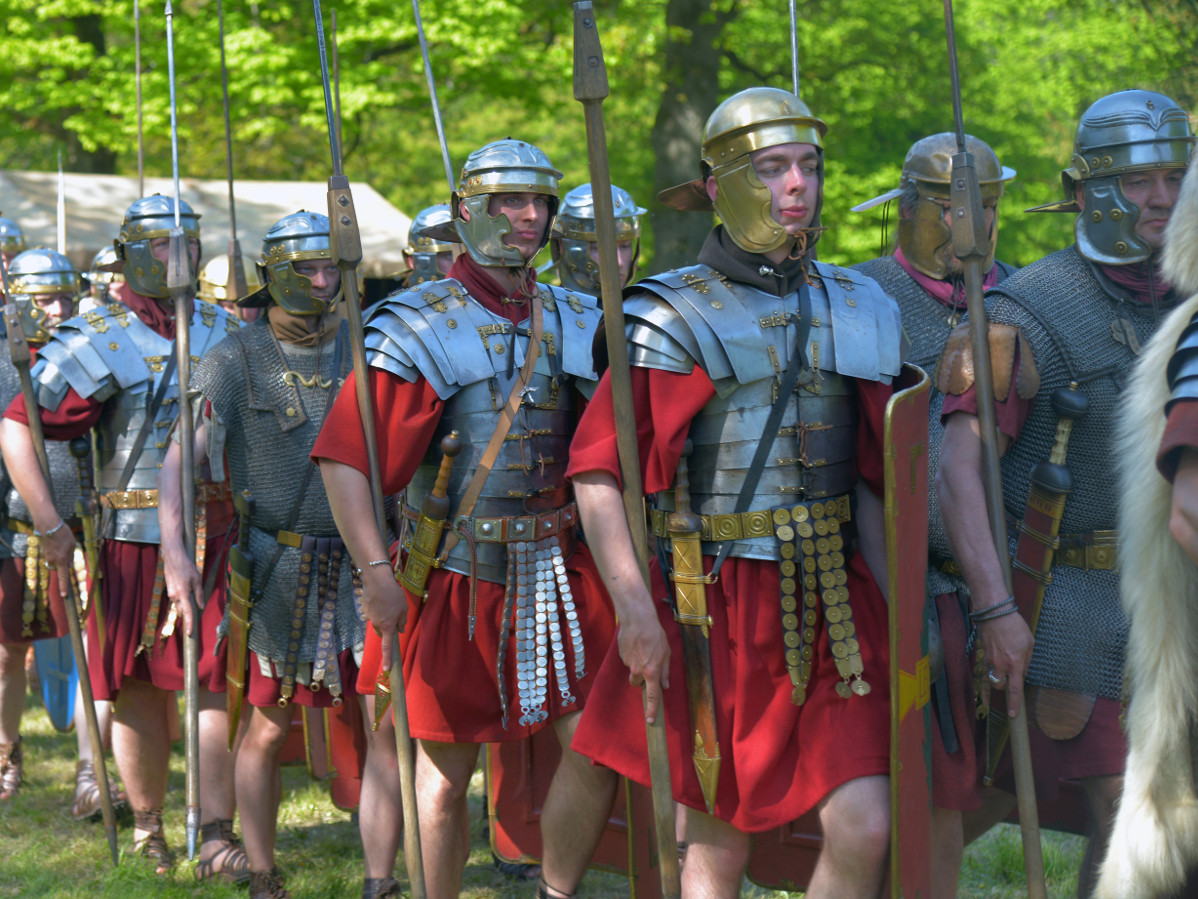 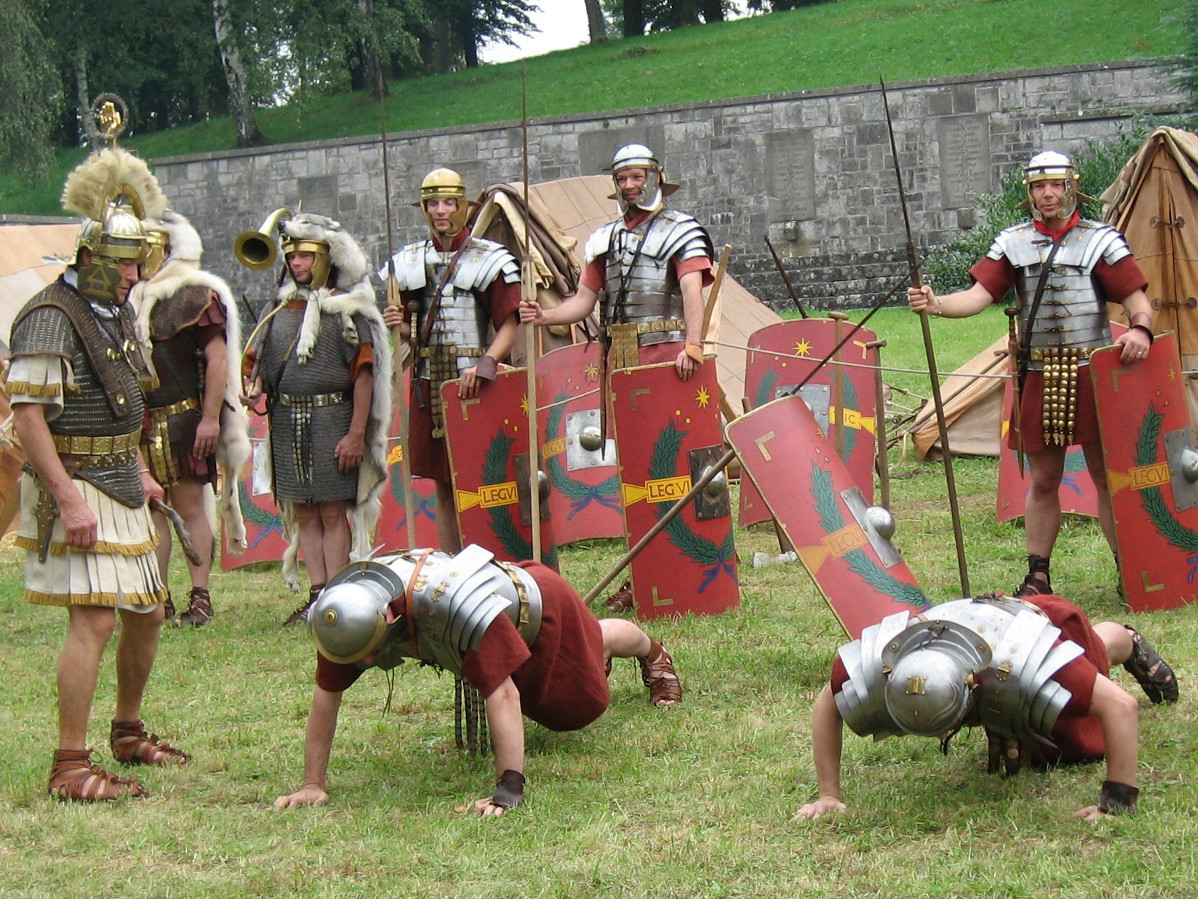 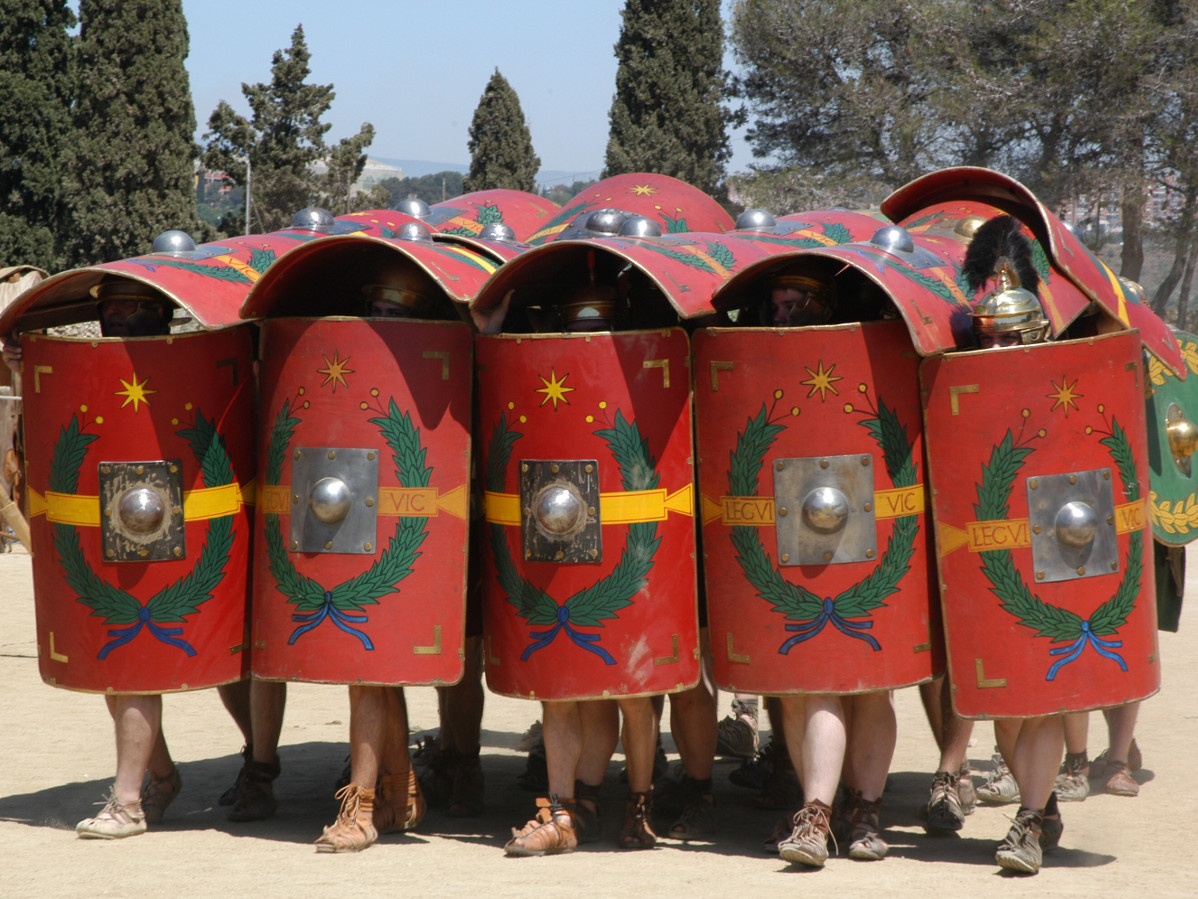 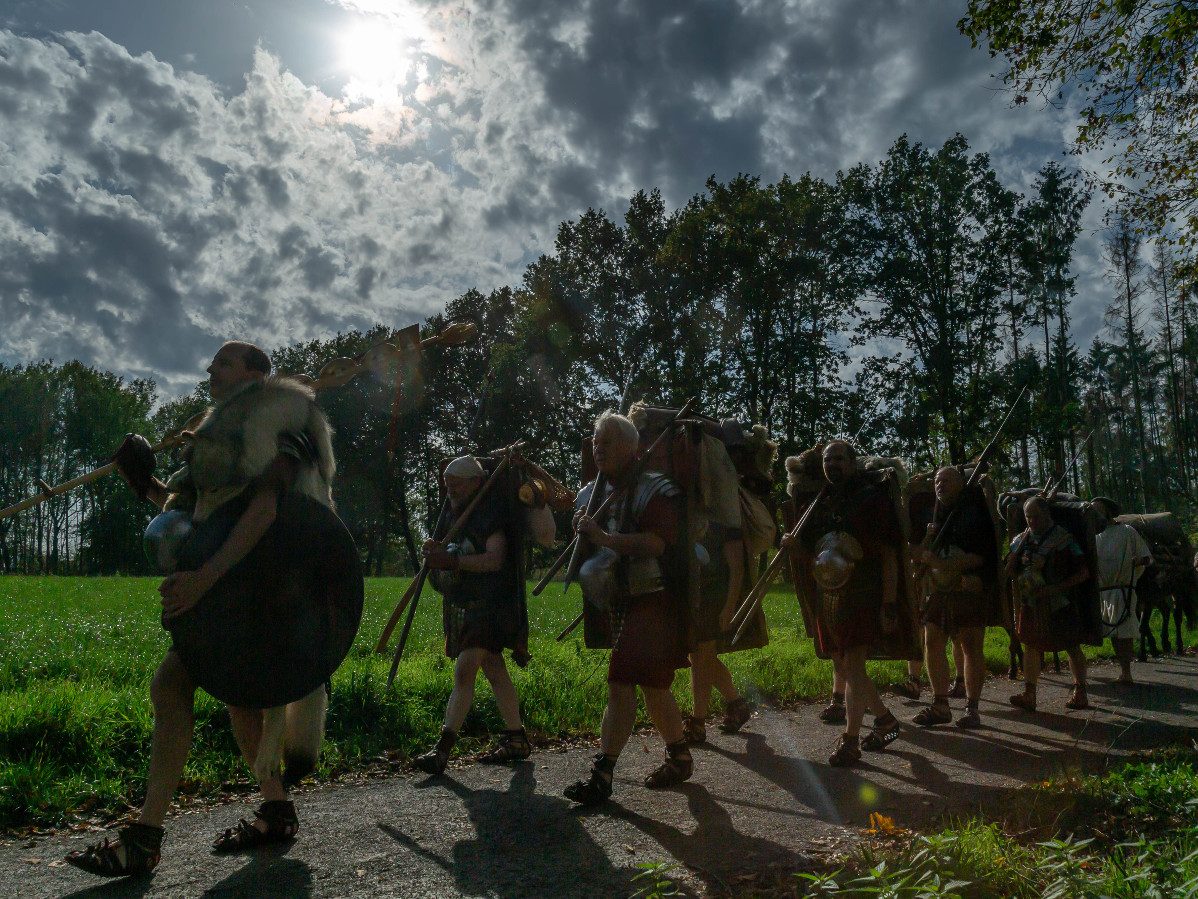 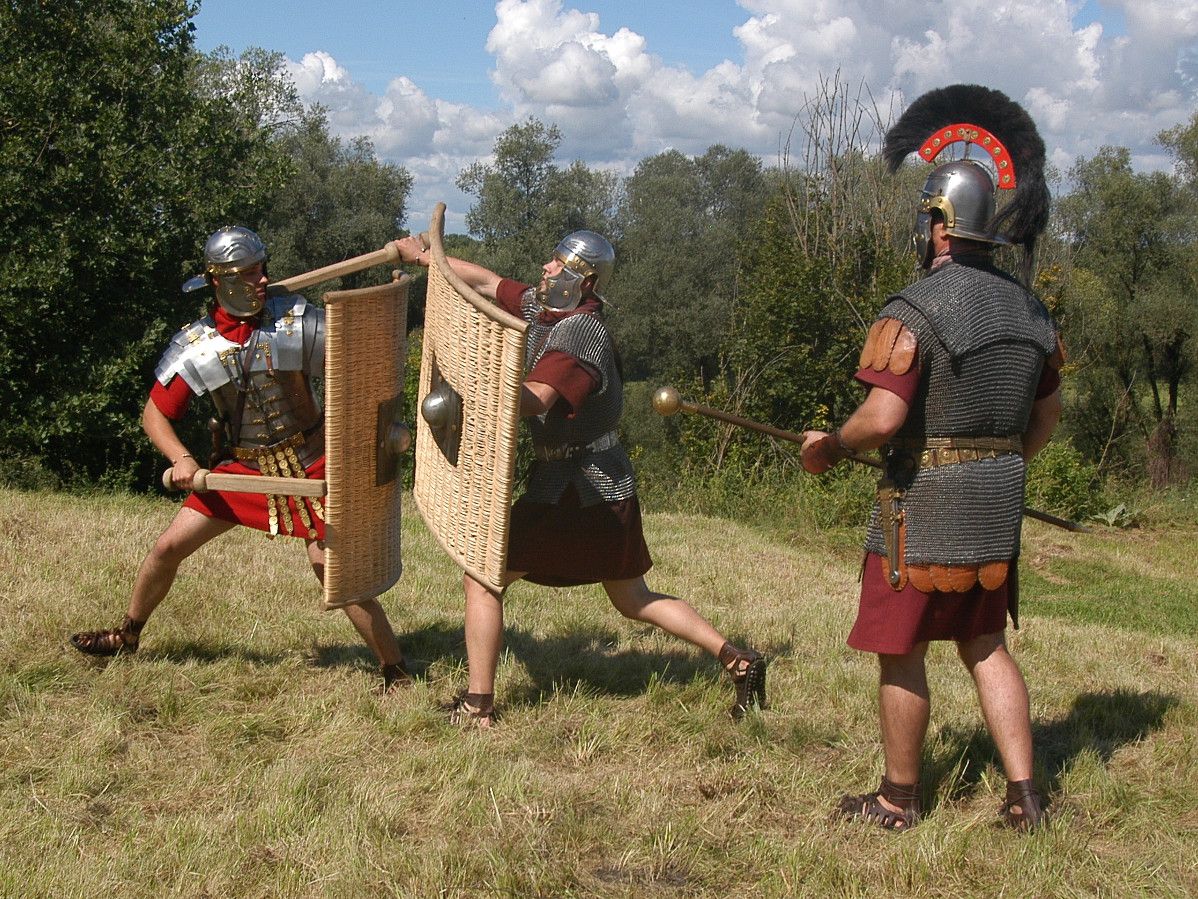 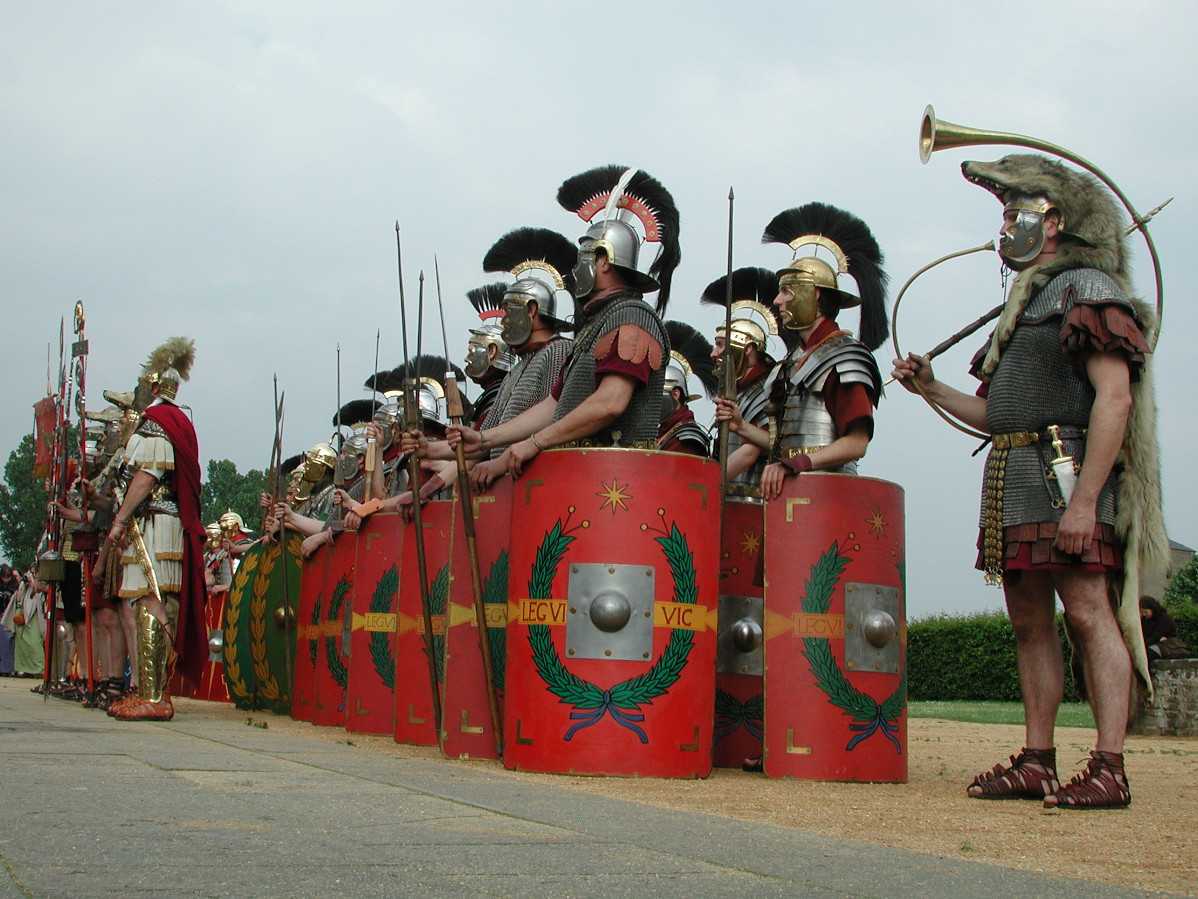 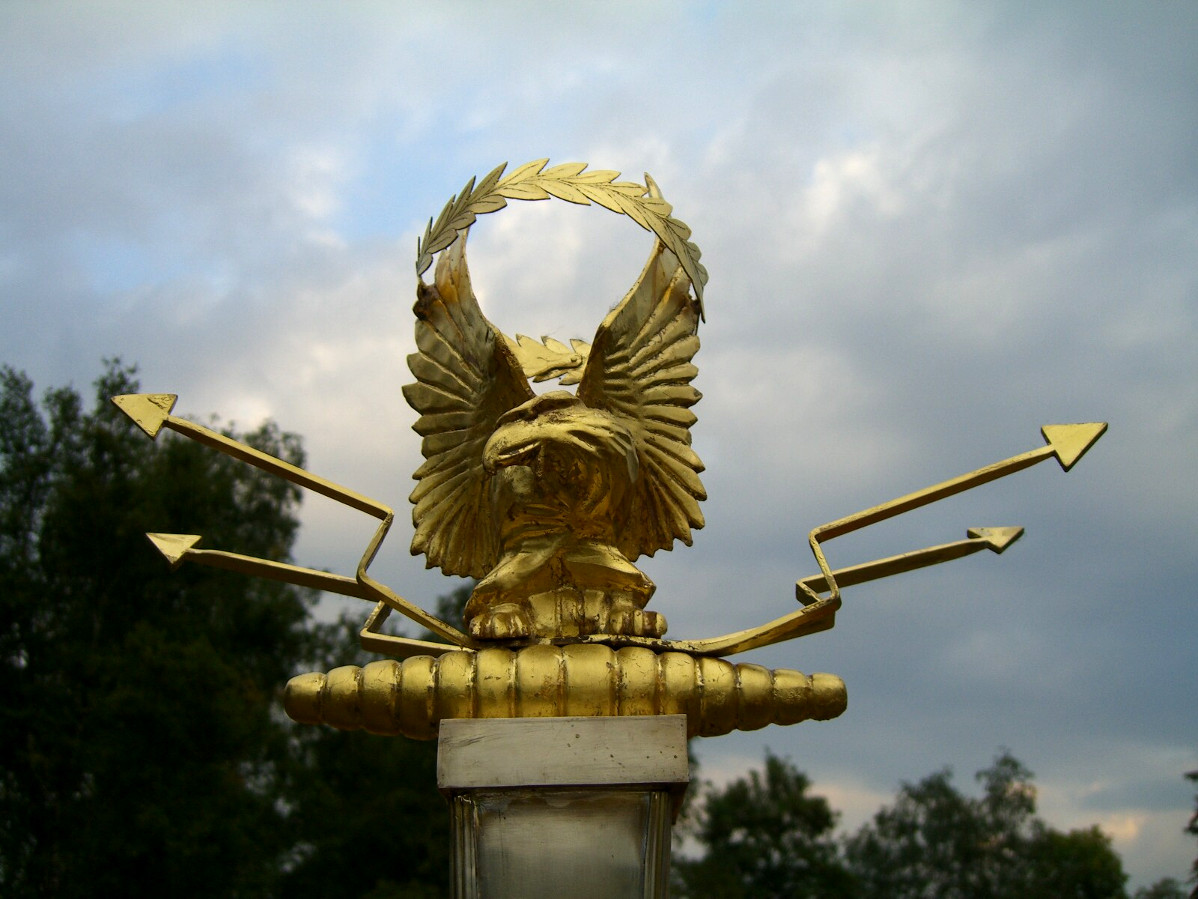 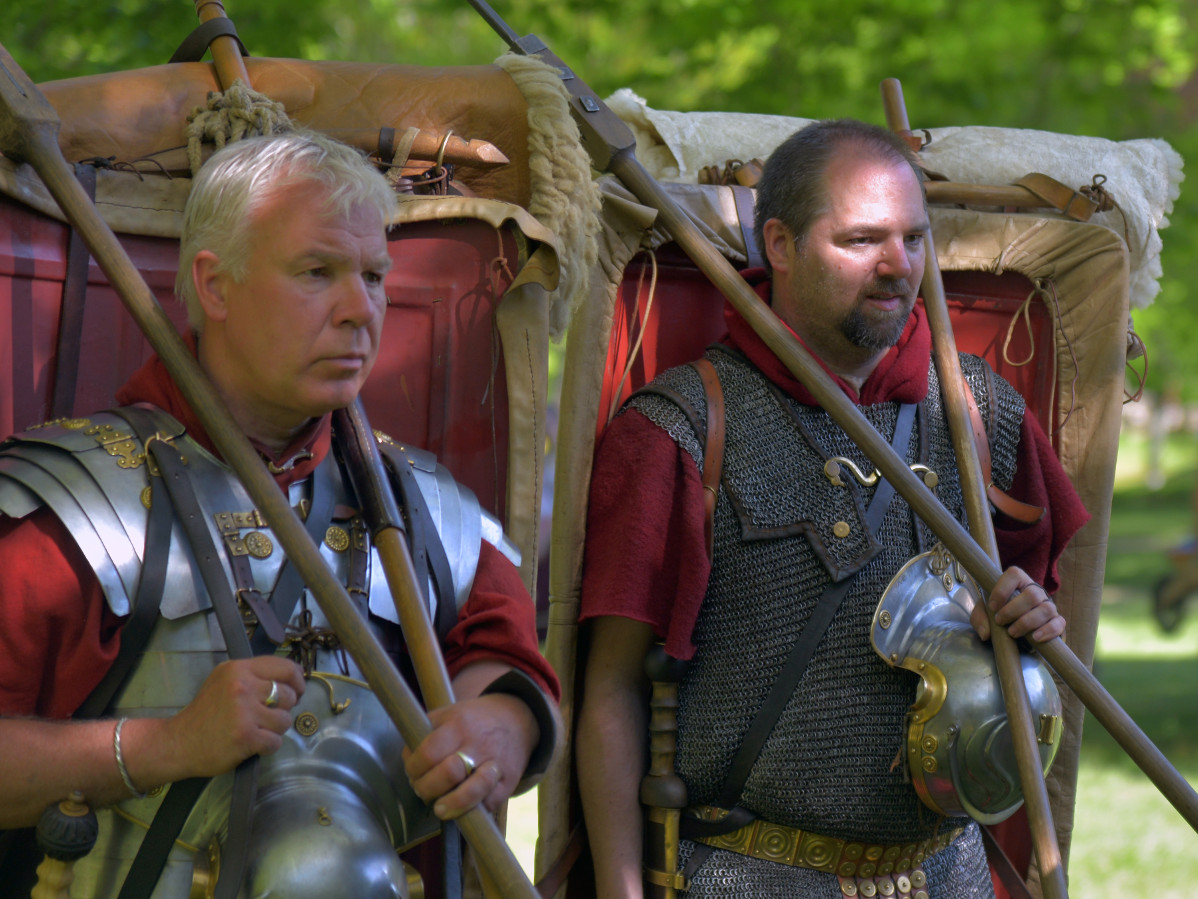