Even from a todays point of view, the roman art of cooking was very scope and varied. Breakfast and lunch played a subordinated role, it were simple and contained in the main thing bread, cheese, fruit and possibly things, which had stayed remaining by the dinner of the day before. From many texts of the Roman literature it follows that the cena, the Roman dinner, which represented the main meal of the day took a special value. Apart from food intake it fullfilled an important social function. Things of the day were discussed, friends and acquaintance were entertained and sometimes business and politics were made.

It is the honor of the roman writer and gourmet Apicius that we are today still able to take a view of the art of cook of ancient Rome. In his example book he describes both unusual dishes like "dormouse" or "complete ostrich", and simple dishes such as peas and beans with various herbs.

A good example for this is the use of liquamen - a fermented decoction of fish, which was to be found in very many meals. For this fish, shellfish or in addition, fish wastes were mixed in tonkruegen with water, wine, herbs and salt and put out to the sun for a longer time. This evil-smelling decoction was then used for peppering. Nowadays liquamen is comparable to a asian fish sauce, that you can buy in appropriate import-shops. The tasts sweet/sourly, admits from the asiatic kitchen, sweet/hot (e.g. honey and pepper) as well as the composition of e.g. anchovies and lenses underline the difficulty to give an exact taste picture of the Roman way of cooking.

Furthermore it is to be mentioned that fruits of some cultivated plants were unknown to the Romans such as tomatoes, paprika and potatoes. They came to Europe with the discovery and colonisation of the American continent in the 15th century and later. 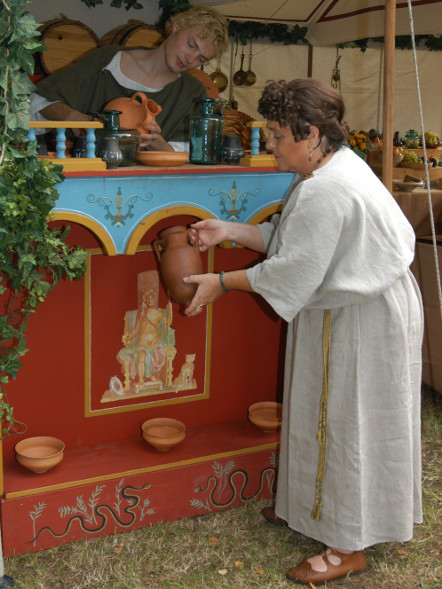 Different to the meals in case of beverages a variety as in our days was missing. Different wine places from various cultivation areas and different harvesting methods were well-known - e.g. late harvest or in addition, a type of port wine passum (made of grapes matured and dried at the vine) - nevertheless the selection were modest in the today's sense. The wine was usually mixed with water (in the ratio 1:2 or 1:3), which reduced the alcohol content and was drunk to every opportunity. The consumption of pure wine was considered as indelicate and philistine. Also worth mentioning is mulsum, the most well-known herb wine of the Romans. To a base of wine and honey different herbs were added such as anise and coreander and both drunk coldly and hot.

Sour wine was not thrown away, but in same way mixed with water and drunk (ratio 1:3). One received posca, also well-known as the legionaries beverage. Fruit juices were well-known to the Romans, the preservation however made their constant use difficulty, almost impossible. Thus they had a subordinated role. Although the Romans were passionated wine drunkards, beer was not unknown. Egypt, north gaul and germania are proven from ancient sources as areas of beer drinking (Tacitus De Germania). Milk was reserved children and ill people. As result it remains noting that wine - in all its variations - as well as water were the main parts of the Roman beverages.

The I. ROEMERCOHORTE OPLADEN e.V. tries to present a tasty and optical impression of the Roman art of cooking to the interested visitor with a cookshop caupona in the context of the civilian camp, as far as this is possible with the todays means. 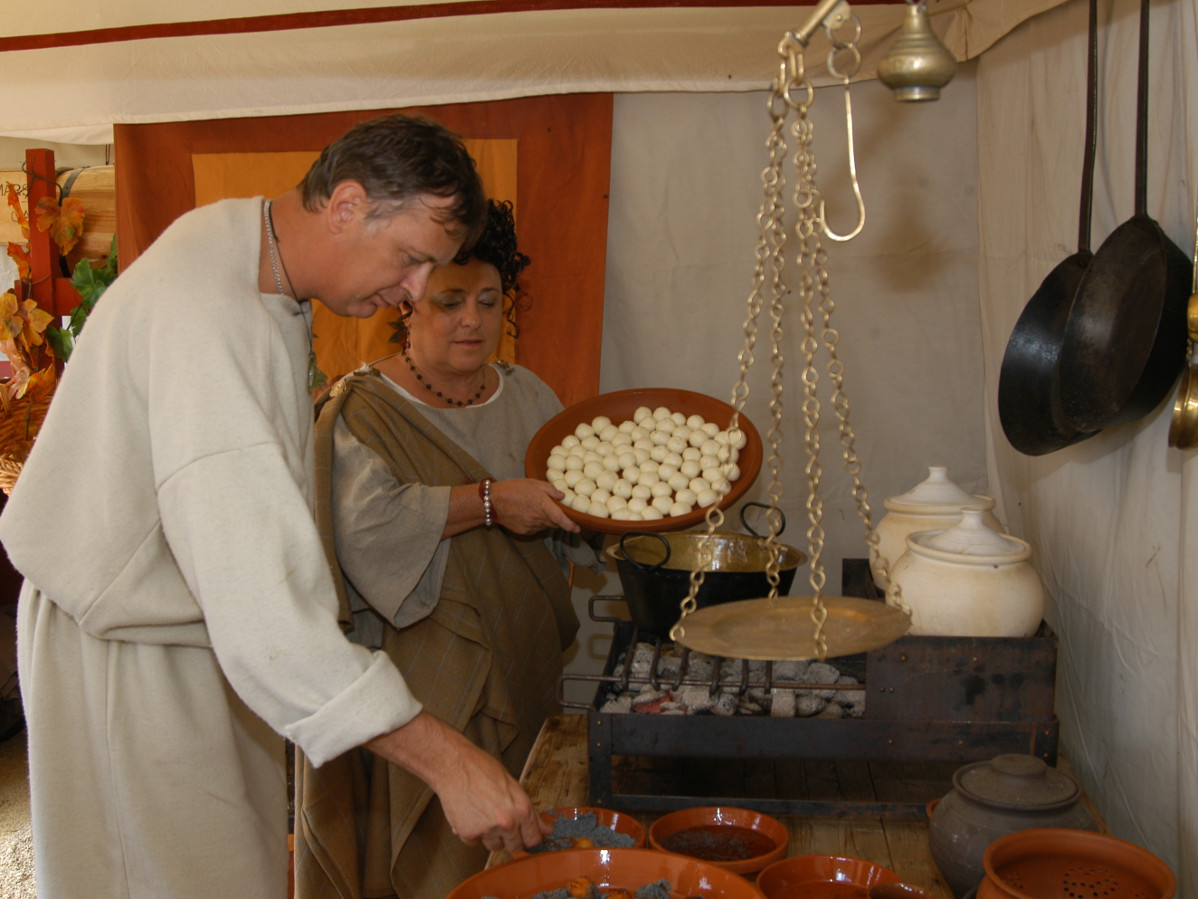 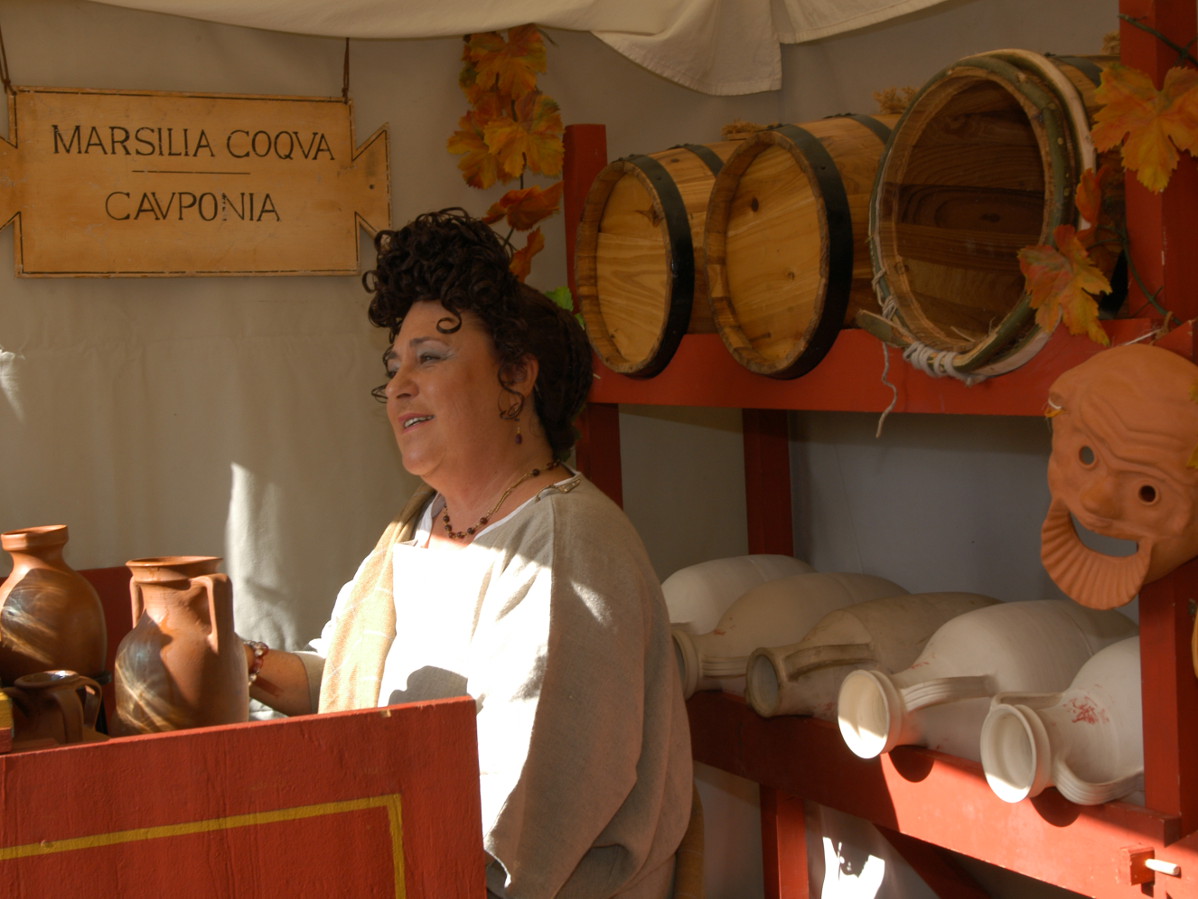 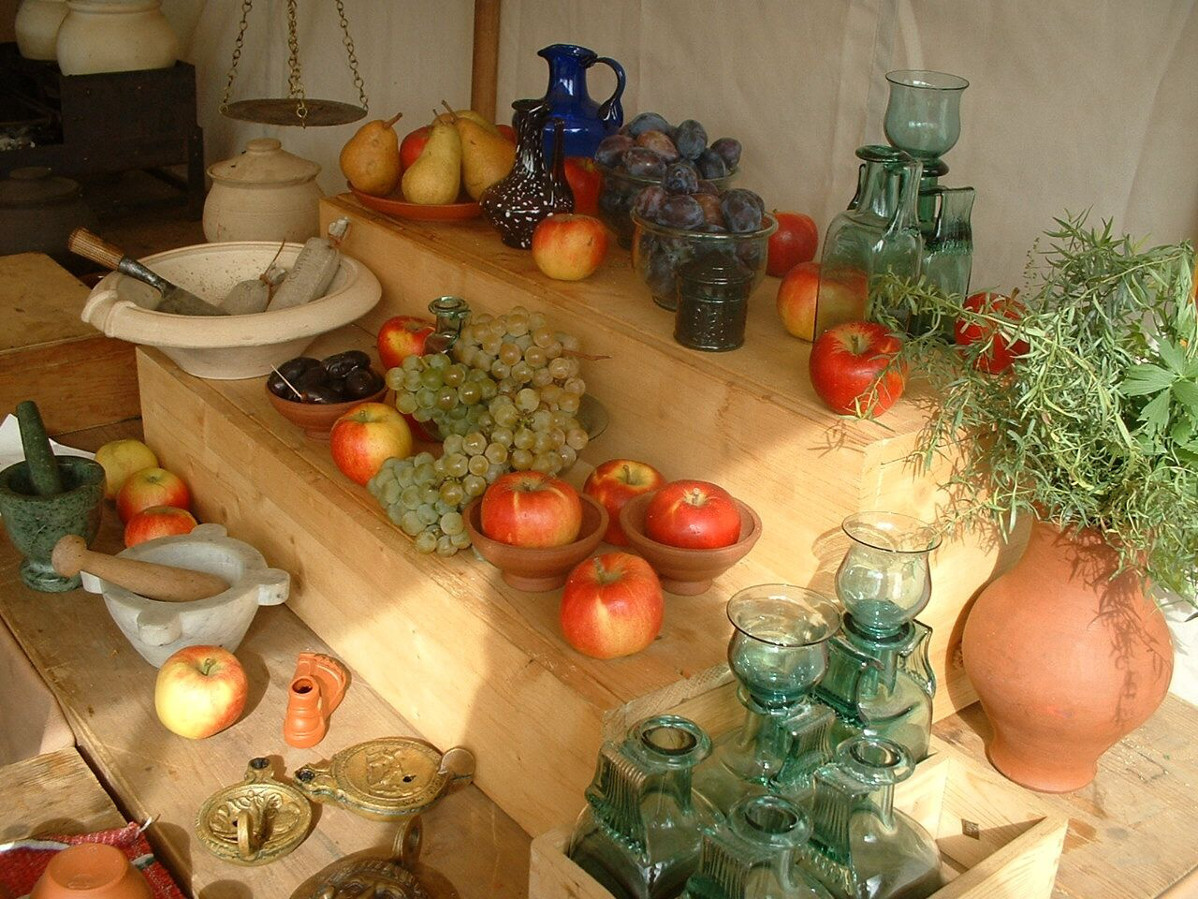 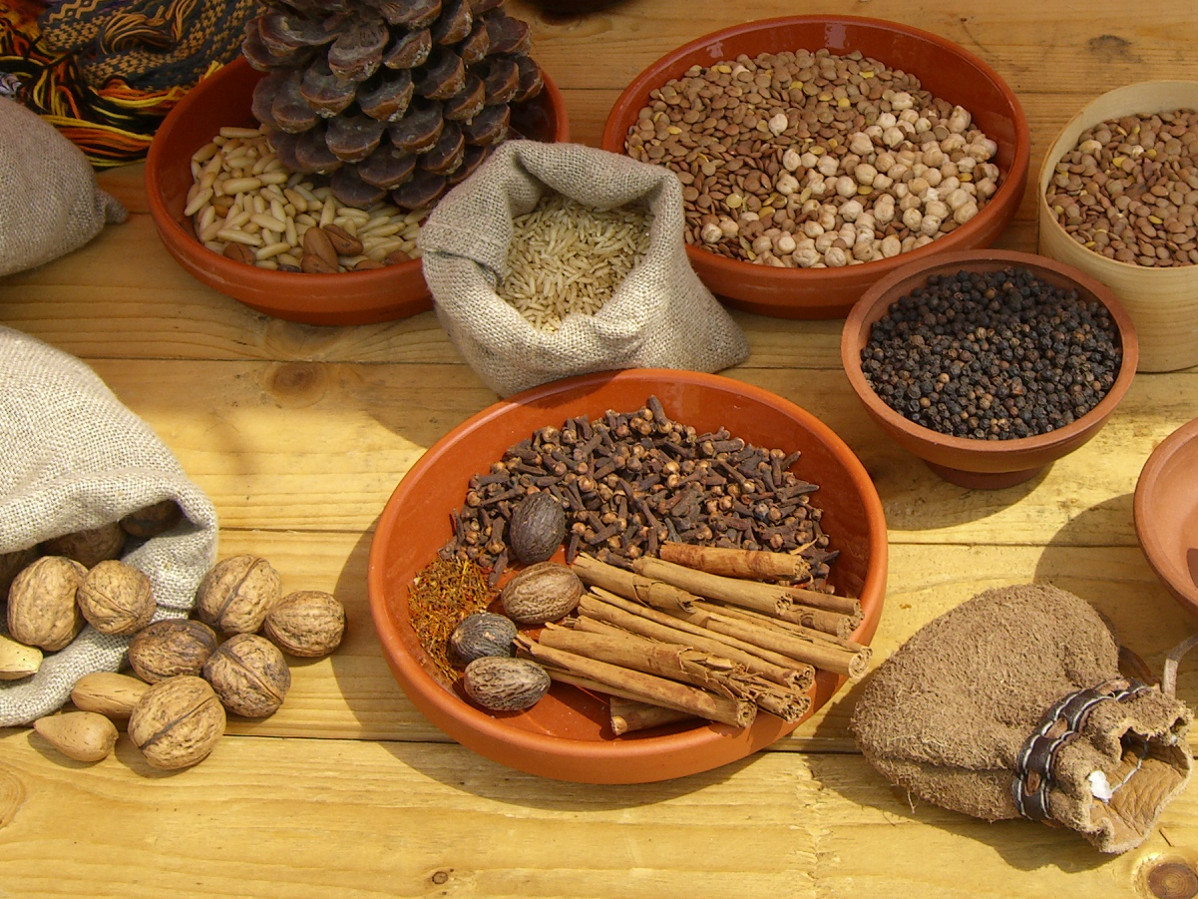