Busy end of the season

For a long time, our schedule was quite empty this year and we had to limit our activities to filming and expanding our equipment. At the end of the season, however, things got busy and we were able to complete several nice events in quick succession.

The first was an event at the Limes fort in Pohl at the end of August, where we were allowed to perform in front of an audience for a whole weekend for the first time ever this year. On the parade ground we were able to successfully show that we had literally not become rusty during the long break. Only two weeks later, we were guests at a one-day event at Haus Bürgel in Monheim am Rhein, where we were able to present not only military drill but also a wide range of our civilian activities. At the same time, a small delegation spent the whole weekend at the archaeological park in Xanten to operate the baking ovens there. Also in Xanten, we were able to help open the state exhibition "Rome's Flowing Borders" at the end of September. Taking part in the Limes Festival on the first weekend in October with a large military camp was then the final highlight of the season. Even the rain could not dampen our joy at the successful end of the season (and the soaked material has already dried again in the meantime). 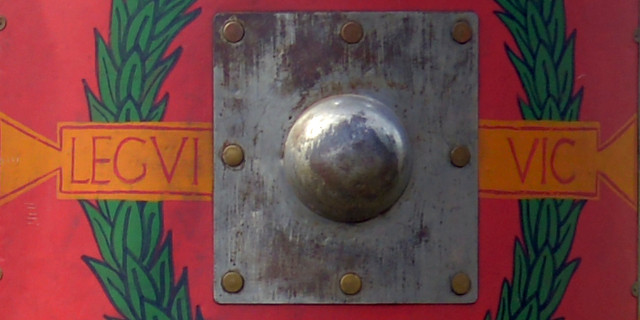 You are here: Home > Current affairs > Latest news > Busy end of the season